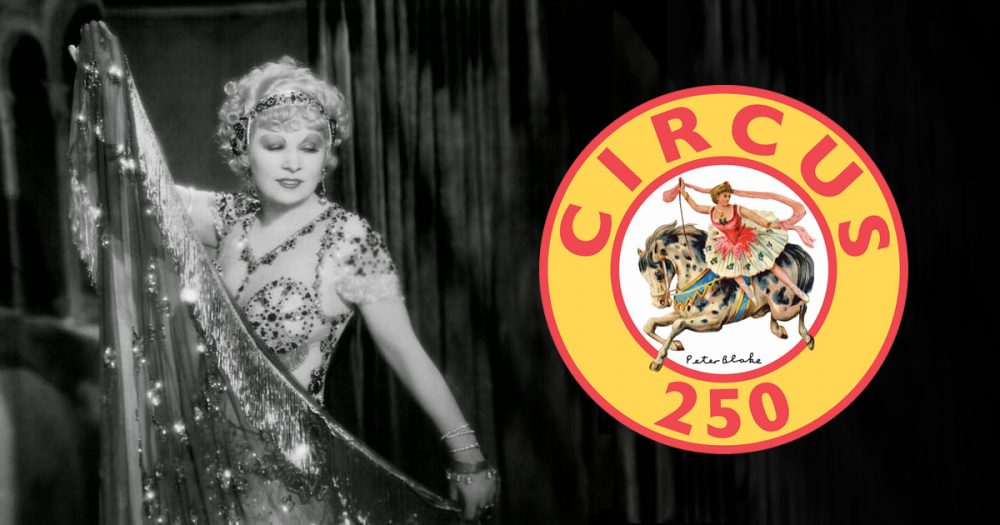 Year: 1933
Running Time: 87 minutes
Director: Wesley Ruggles
Starring: Mae West, Cary Grant, Gregory Ratoff
Genre: Comedy
Tira (Mae West) is a circus dancer and lion tamer with a taste for the finer things in life. She can hardly afford a champagne lifestyle on a sideshow performer’s salary, but with a string of rich admirers she rarely goes without gifts of fancy clothes and jewellery.
Wealthy Jack Clayton (Cary Grant) is one of the men smitten with Tira, until her small-time crook and boyfriend Slick Wiley (Ralf Harolde) threatens their engagement. But Mae isn’t one to take “no” for an answer.
Will she be able to marry her dream man, or will the circus keep its main attraction?
With plenty of cheeky quips and sassy one-liners, Mae West penned the dialogue to this racy pre-Code hit. In fact, many film historians cite her as one of the reasons that the Hollywood production code was introduced. With infamous lines such as:
‘It’s not the men in your life that count, it’s the life in your men.’ and “When I’m good I’m very good. But when I’m bad I’m better.” this is West as her risqué finest.
Tickets £5.
Early bird discount: Book before 1 March 2018 to receive 20% off

This is a #Circus250 event:
Blackpool has been named as one of the UK’s six Cities of Circus and the resort will be included in a year-round programme of events to celebrate the 250th anniversary of the world’s very first circus in this country.
#circuseverywhere
Visit Blackpool’s Circus250 page.
Archive, Circus250, comedy, opera house
2018 Programme, Friday 16 March 2018
Posted on 18th February 2018